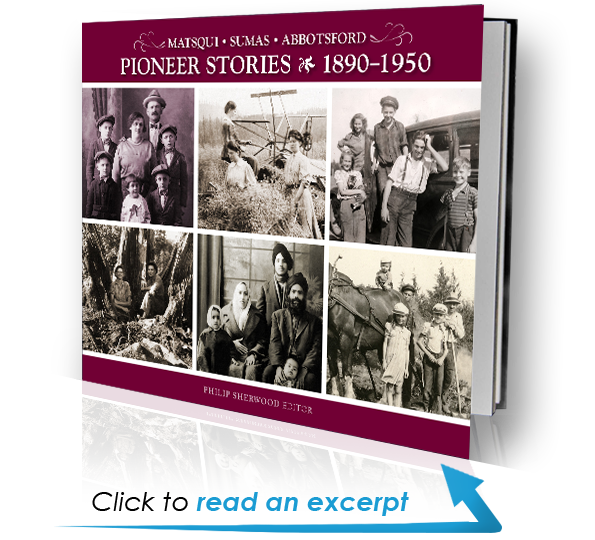 Local media coverage of the project.

Lifewriters.ca managed this project from concept to publication. The Abbotsford Pioneer Association and MSA Museum partnered to collect and publish stories from the early European settler families in the region and their descendants. Our services included:

“In April 2012 the MSA Museum Society hired Philip Sherwood to be managing editor for a new book, MSA Pioneer Stories 1890–1950. Our goal was to collect, edit, and publish a coffee-table book containing accounts from European pioneers or their descendants. Philip played a large part in helping us succeed. Among other things he wrote press releases, developed a Mission Statement for the project, trained volunteers to interview participants, crafted the transcripts into engaging stories, developed project timelines, edited and proofread the resulting 199 articles, helped choose photos, wrote photo captions, helped design promotional posters, and collaborated with the book designer, printer, and Museum staff members. He even MC’d the book launch!